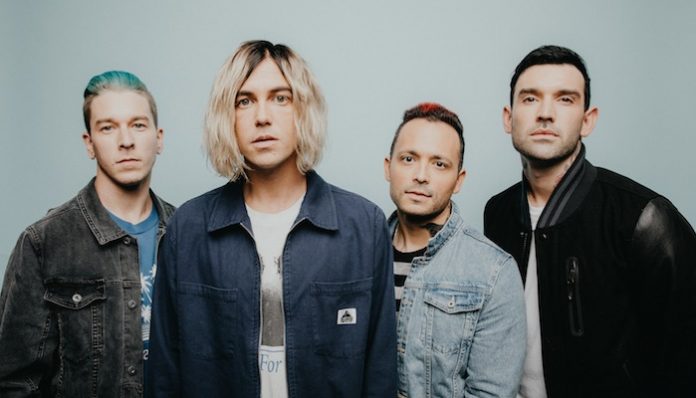 Sleeping With Sirens have released a new song called, “Trouble.” You can stream it below.

Sleeping with Sirens have released a new song called, “Empire to Ashes.” You can check it out below.

Sleeping With Sirens have announced a headlining tour along with State Champs, Tonight Alive and Waterparks. You can check out the dates below.  11/3 – Concord Music Hall – Chicago, IL11/4 – The Intersection – Grand Rapids, MI11/5 – Eagles Ballroom – Milwaukee, WI11/6 – The Fillmore – Detroit, MI11/8 – House of Blues – Boston, […]

GALLERY: SLEEPING WITH SIRENS Photo Gallery: We had the chance to catch up with Sleeping with Sirens at the Vans Warped tour in Holmdel, NJ. Check them out on the Vans Warped Tour all summer long! Photos by Crisanne Glasser

Sleeping With Sirens released a music video for “Better Off Dead” from its newest album, Madness. Check it out below.

Being one to frequent shows here in The City Beautiful, The We Like it Quiet Tour stopping off at a tiny venue like The Social in Downtown Orlando got me pretty pumped for something different. Sleeping with Sirens had been here a few months back co-headlining with Pierce the Veil on The World Tour, supported […]

ALL TIME LOW ANNOUNCE TOUR WITH SLEEPING WITH SIRENS

All Time Low have announced that they’ll be heading out on the road with Sleeping with Sirens and One OK Rock this fall. You can check out the dates below.

Sleeping With Sirens have released a new video for, “The Strays.” You can check it out below.