The Maine have announced that they’ll be releasing their new album, You Are Ok, March 29th 2019. You can check out the album art and track listing below. TRACK LISTING1. Slip The Noose2. My Best Habit3. Numb Without You4. I Feel All Over5. Heaven, We’re Already Here6. Forevermore7. Tears Won’t Cry (Shinju)8. One Sunset9. Broken Parts10. […]

THE MAINE ANNOUNCE SECOND EVER 8123 FEST

The Maine have announced the second ever 8123 fest and have revealed that they’ll be playing Can’t Stop, Won’t Stop in its entirety at the festival for the album’s 10 year anniversary. You an check out the details below.

The Maine have released a new video for, “How Do You Feel?” You can check it out below.

The Maine have released a live video for “Raining In Paris.” You can check it out below.

Dashboard Confessional and The All-American Rejects have announced that they’ll be touring this summer with support from The Maine and The Social Animals. You can check out the dates below. 7/13 Costa Mesa, CA Pacific Amphiheatre7/14 San Francisco, CA Masonic Auditorium7/15 Las Vegas, NV The Pearl Concert Theater7/17 Boise, ID Idaho Botanical Garden7/18 Sandy, UT […]

Photo Gallery: We had the chance to catch up with The Maine on the Lovely Little Lonely tour this weekend at a sold out Stone Pony in Asbury Park, NJ. Be sure to catch them on the rest of this tour, it’s certainly a show you won’t want to miss.

The 8123 Festival has made its first announcement. You can check it out below. 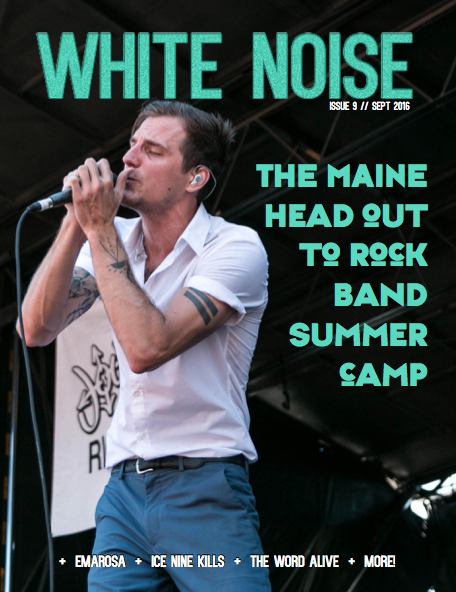 The Maine have released a new music video for “Another Night On Mars.” You can check it out below.

GALLERY: THE MAINE PHOTO GALLERY: We had the chance to catch up with The Maine at the Vans Warped tour in Holmdel, NJ. Check them out on the Vans Warped Tour all summer long! Photos by Crisanne Glasser